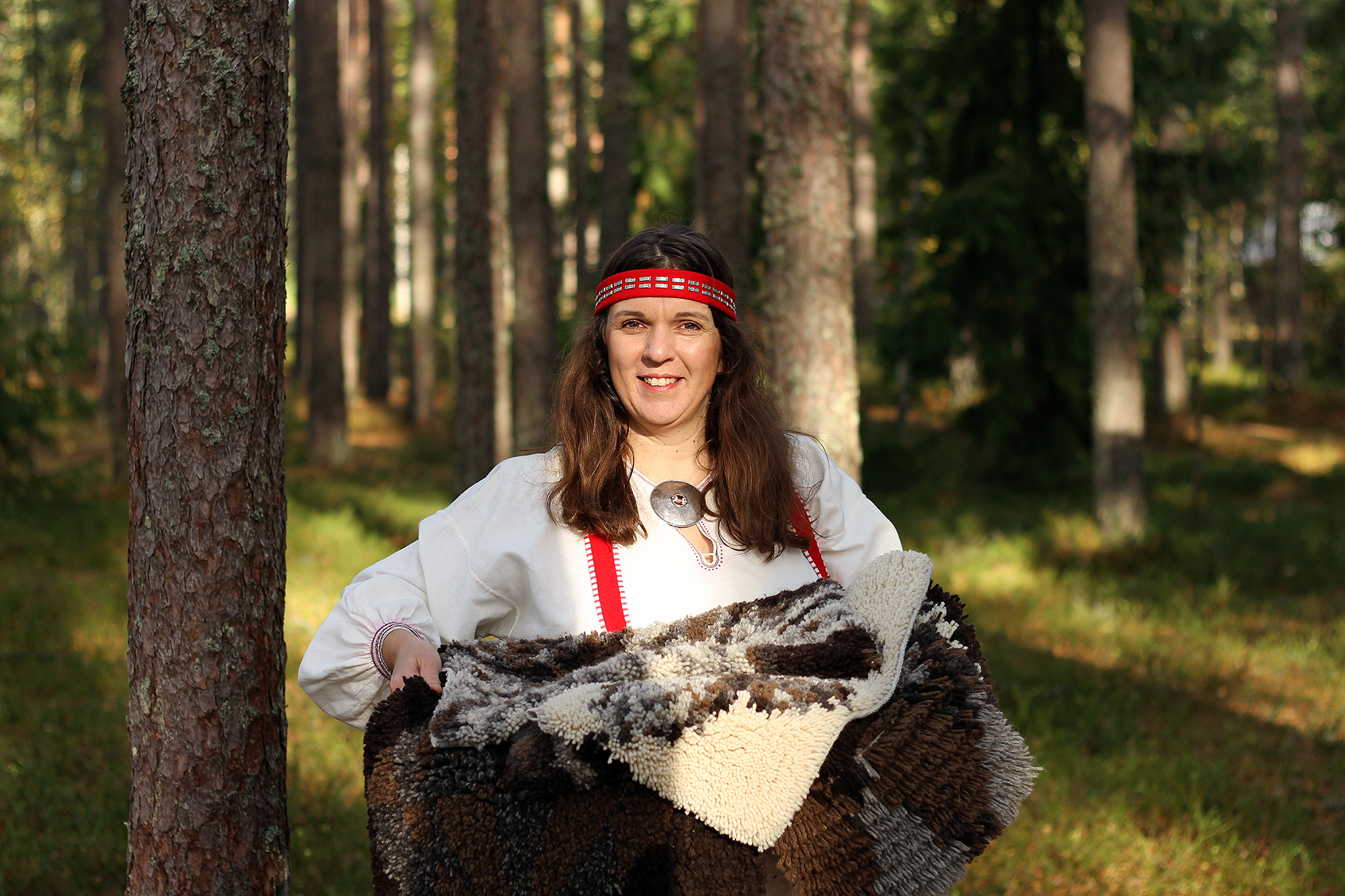 Textile magician Jenni Vanhanen has been named Artisan of the Year 2019. Originally from Pori and now living in Vihti, Vanhanen participated in the competition with her own crafting innovation, a ryarug design software. In her Iltamaa Company, Vanhanen designs and trains making ryarugs and sells ready made ryarug packages.

With the help of the rug design software, Vanhanen makes ryarugs, for example, from photographs or drawings using image recognition and calculation formulas. The files are downloaded into the software that the user uses to draw the main pattern. Vanhanen has laid the foundation for a winning design software program during her 20-year career as an IT engineer. The jury justified Vanhanen's victory precisely by the software's insightful combination of new technology and traditional craftsmanship.

When Vanhanen transitioned from working life to maternity leave in 2014, getting out of a mother’s everyday life managed with the weaving course at Civic College Course. During the course Vanhanen bought her own looms and the rest is history. The insight she got during her childhood from her crafts hobby and the inspiration from her mother and her grandparents' was refreshed and launched. Mathematically talented and analytica Vanhanen thought that the inspiration she got from the College should also be somehow formalized.

I called Novida Vocational College and agreed to start textile studies as a multi-faceted student. I did homework with two young children at home and on Saturdays I went to study. I am grateful for this opportunity and the flexibility of this educational institution.

A company to waiting for the Magical Idea

I didn't know what the company would be doing at the time, but I wanted it ready when the big magical idea would strike.
Vanhanen did not have to wait for the lamp to light for very long. The school hosted an Art Nouveau exhibition where a friend encouraged her to make a rug.

I knew ryarugs were demanding and time-consuming until I realized I could start with a small one. I made a small version of the known Akseli Gallen-Kallela's Flame Ryarug and called it Maatiaisliekki in Finnish. As I drew a ryarug design on a grid paper, I realized that there must be another way to do it. That's where the idea of ryarug design software came into being. Vanhanen, who has worked as a software developer for her entire life, applied for the Business Finland Innovation Voucher and was awarded it. The innovation voucher is intended for small scale entrepreneurs with a new product or service idea with international growth potential.

With the help of this money, I bought outside help and was able to create my ryarug design software service.

A little bit of old and a lot of new

With her surprise Artisan of the Year 2019 victory, Vanhanen feels she is at the climax of her new career.
Yes, this was the last stepping stone of moving from my day job to being a full-time entrepreneur. Until now, I've still been working in the IT industry three days a week. The best part is that with the ryarug design software I can combine my old and new skills. New company goals are already set for Europe and America. Behind the Great Sea, a book will soon be published mentioning the corporate story and work of the Iltamaa and a picture of a ryarug named Aapo.

By April, an agreement has been reached with a Finnish tour operator on a rug and hiking retreat in the mountains of Italy to Piedmont. The aim is to increase ryarug tourism in Finland and to provide tourists with video material on the production of ryarugs. In the midst of developing her business, Vanhanen does goodwill in the communities around her. She has employed summer workers with summer job coupons in the municipality of Vihti and hired long-term unemployed textile professionals to help.
She does the most good when she works with Kisällipaja, a supporter of handicapped and partially-skilled artisans. Vanhanen is looking for new experiences in handicrafts for artisans and craftswomen, selling their works of art and organizing joint exhibitions.